Ever since the announcement of the new Smash Brothers game coming to the switch, I have been riding the hype train hard. I have watched almost every video i can find on new stages, what items may come to the game, and most importantly, what characters are going to be added to this new iteration of Nintendo’s best selling franchise.

Everyone has their list, some being more important than others, this is my list, I have ranked them all in order of who i would like to see in the game, however the primary consideration is if they are a realistic choice to receive the invite to join the fray, which the measure to assume who is likely or not has broadened, so the possibilities are actually more fun to consider than other years.

Before starting, there are three honorable mentions. Isaac was a solid choice, and very likely still a great candidate to be in the next game, however i never played golden sun and could not honestly imagine a balanced moveset to justify him. He makes for a great retro character, has been an assist trophy in the last Smash Brothers game, and aesthetically fits very well into the world of Super Smash Brothers. Just because he is not on my list does not mean that he won’t get in, i just can’t justify a moveset.

Ridley is another character that meets every qualification to be added. However, whether or not I think he can be shrunk to fit the scale is not up to me, Sakurai has stated that he is too big to fit into the game, and his inclusion as a regular stage boss will more than likely be the closest to interacting with Ridley as we may ever get.

Daisy is the most honorable of mentions, she is the character that would have instantly gotten number one on this list if I could justify a gaming history and a moveset. While she is snubbed every game in my opinion, she has not been in a mainline Mario game since the original Game Boy and only being in spinoffs is not a good enough reason to justify an inclusion, sorry Daisy. 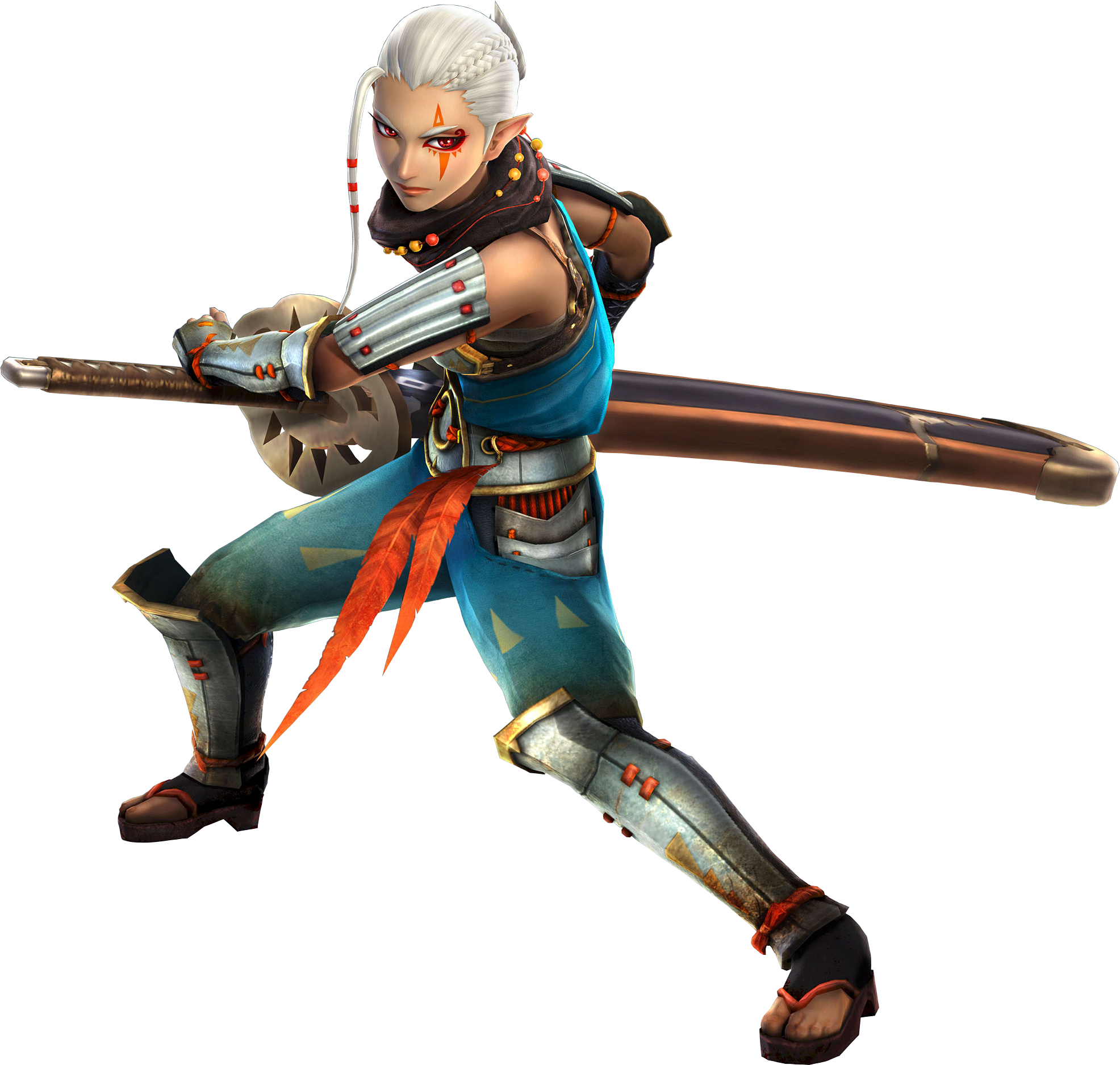 The Legend of Zelda needs fresh representation now that BotW has taken the world by storm. That game created a surge of new popularity in the title and adding a refreshed character that has been in most Zelda titles might do the trick. Impa also has taken many forms throughout the series, and it would be fun to see what incarnation they decide to go with. The Hyrule warriors model and play style has gained a lot of traction, with good reason too. It looks the best and has the most definite moveset of any other Impa.

Bandana Dee filled this spot until seeing the moveset they gave Marx in the Superstar Allies DLC, it looks fun, complete,and exceedingly well thought out. Conveniently the big man in charge of Smash, Sakurai, knows the guy running the Kirby game pretty well.(Himself, it’s still Sakurai) Kirby is also a big enough franchise that a fourth representative isn’t out of the picture. The black hole bomb just looks like too much fun too, I’d love to pull in Villager and do damage. It makes sense I don’t see why not. 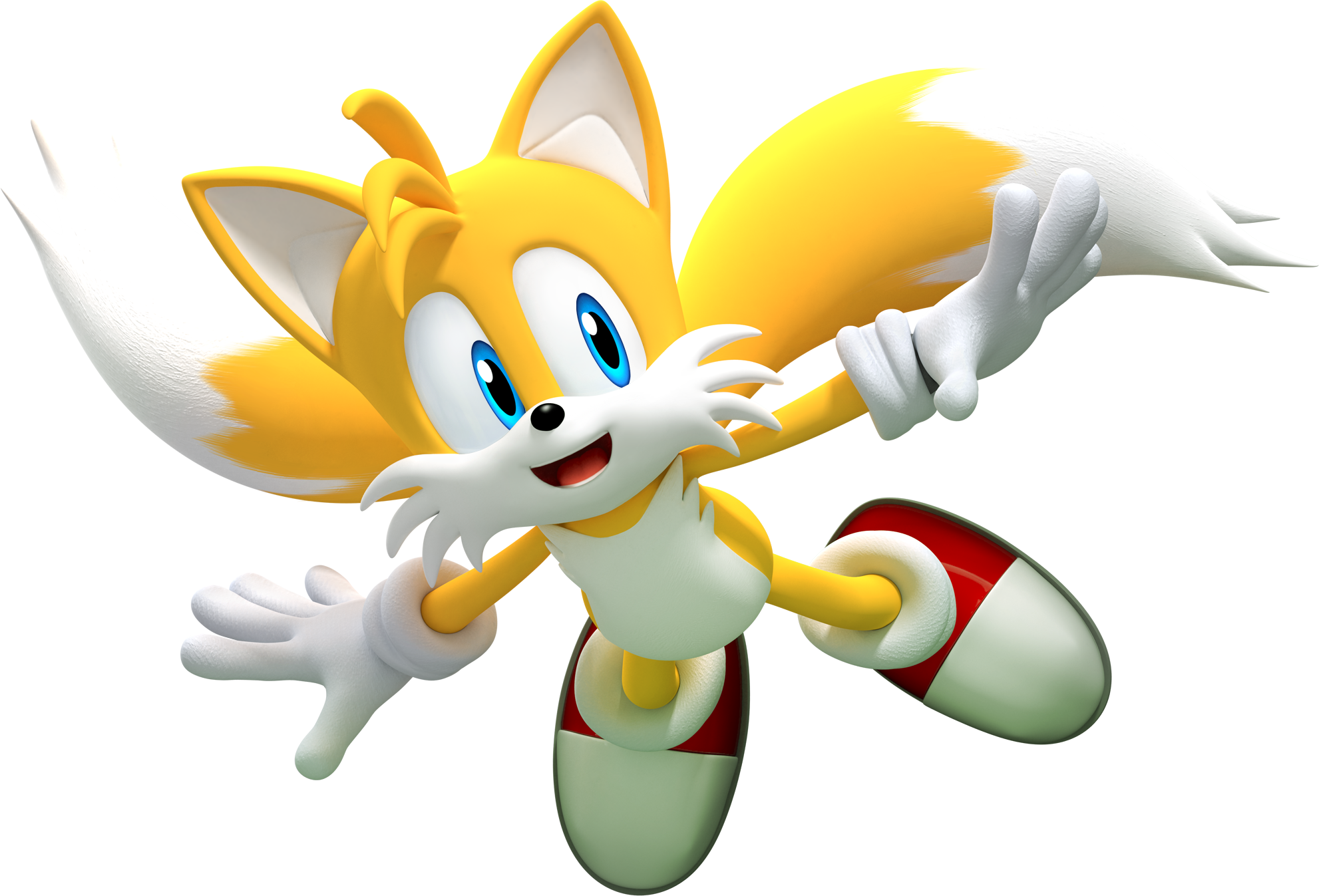 Sonic is now a certificable Smash Brothers staple. Since Brawl he has been used for promotional material, gotten his own stage, and has been the only one to represent his franchise, this might be time to change that. Tails makes sense as a character because he was the second playable character made for the Sonic franchise, has been Sonic’s sidekick ever since, and could have a completely unique moveset different from Sonic that does more to differentiate Sega’s player two than Nintendo has done for their player two. Even the final smash is easy to think of, they could bring back the mech from Sonic Adventure in a style similar to Fox and Falco’s ultimates and the landmasters. 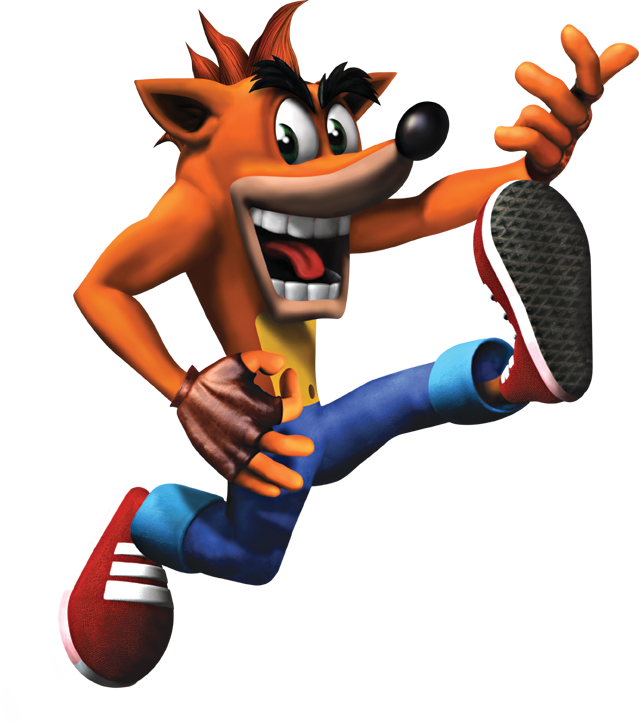 Before, in the very same Nintendo Direct where Smash Brothers premiered, it was announced that the Crash N.Sane Trilogy was coming to the Nintendo switch this year. If you had asked me before that day if Crash Bandicoot was a good choice for Smash I would have probably laughed and said there wasn’t a chance in this or next life. But, we live in a crazy time, and it seems possible to imagine a Smash Brothers game with Crash Bandicoot included. The moveset is there and it would be a great nod to the classic rivalry between the mascots , much like Sonic and his inclusion. 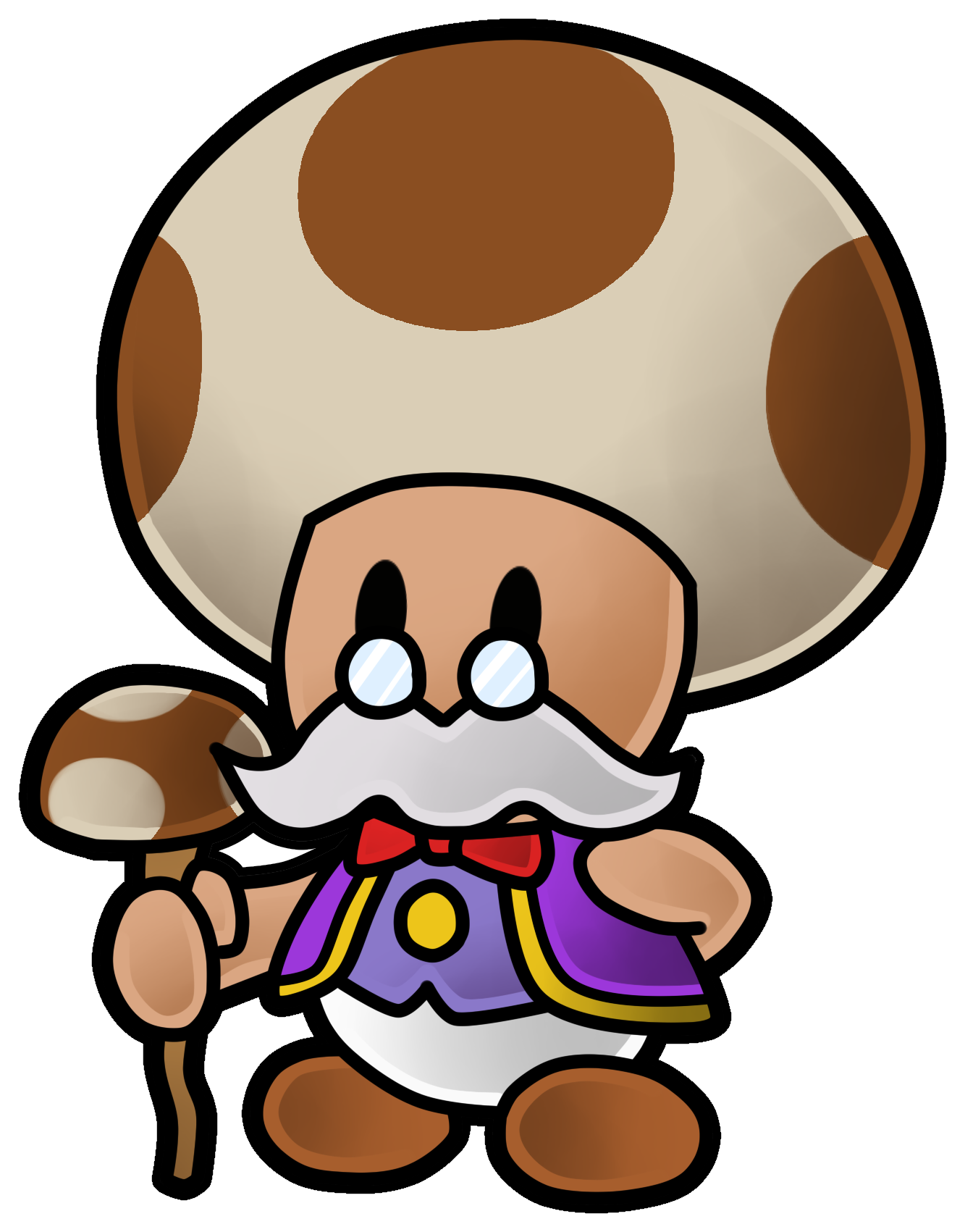 Okay hear me out. Maybe not Toadsworth SPECIFICALLY, however Toad is a popular who has only grown in popularity since he first shared the lead with the other Mushroom Heroes in Super Mario Brothers 2 (USA). He now has his own game franchise. Giving him a slot at this state with my idea could make him a valid individual character, not associated with Mario. While this is a common theme with characters who are similar to the same, this is one of the only situations where i would support it. Make toad the base character, and instead of adding colors, make the different variations different toads that have been featured in the games. The original, Captain Toad, Toadette (and Treasure Tracker Toadette), Red Toad, Blue Toad, and most importantly, Toadsworth. There’s Seven  different distinct toads Nintendo, you’re welcome.

Arms needs representation in the next Smash Brothers, it was too popular of a game and fits too well in the Smash formula to not be included. The most likely character to be added is almost definitely Springman. However, the consensus among almost everyone is that he is way too vanilla to be an interesting fighter. Who would be great to fill that void of personality left by springman? Twintelle, she BROKE the internet when she first debuted and everyone loved her, she has the most charisma and personality to fill the role of Smash’s Arms character. 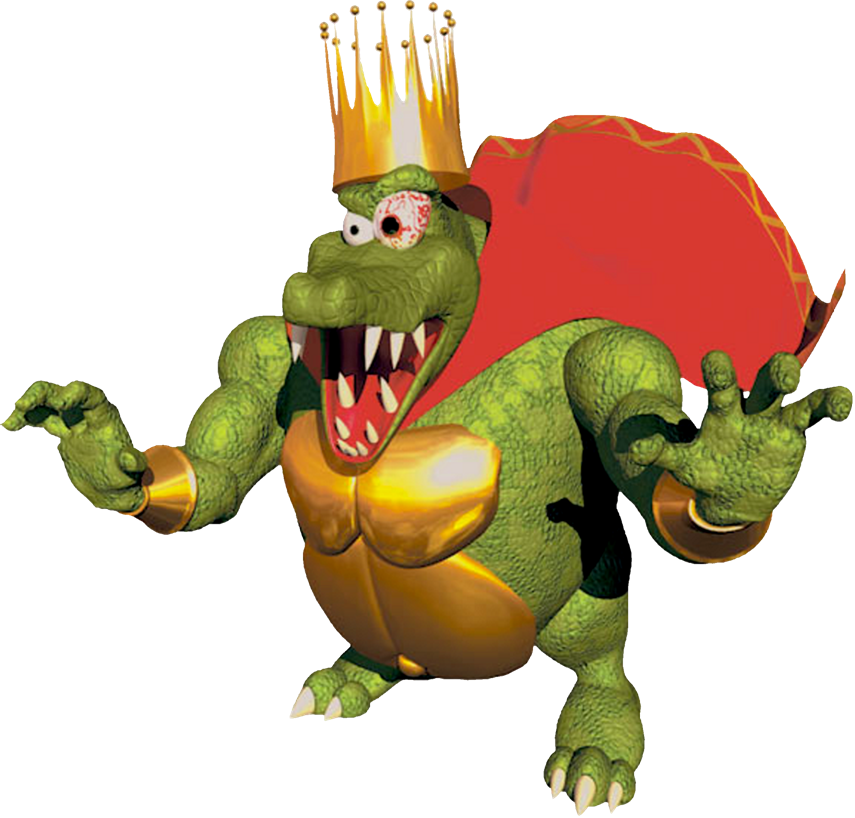 It really is a shame that this name in particular is still being added to lists like these. He is the only classic Nintendo villian to not be included in Smash in almost any way. He had a trophy but that is it. K.Rool is just as much an icon of Donkey Kong history and lore as Donkey Kong and Diddy. The franchise needs more representation for how popular it actually is now that is has had the resurgence that the series has had. A new port of the old Wii U game is coming out this year and while he may not be in the game it is a great way to celebrate Donkey Kong and attract people back to the Donkey Kong franchise. He is quirky enough ti have a moveset and has even been included in Mario Baseball. It is time. 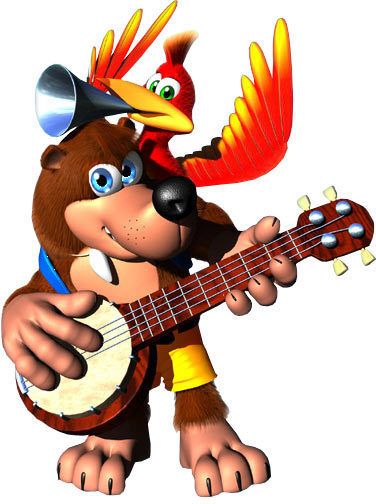 Every time Smash announces literally anything regarding future characters, Phil Spencer gets my hopes up by confirming that he’s totally cool with Banjo and Kazooie appearing in Smash, and Sakurai tried to get the bear and bird duo to appear in Melee, it seems possible for it to happen finally, it just seems like it is a numbers game with rights and royalties. But, with the Switch doing so well and both Microsoft and Rare slipping in quality and value, and a previous history of playing nice with Nintendo (Rocket league and Minecraft crossplay) this looks the most likely it has ever been, and that is genuinely exciting. Banjo and Kazooie had their heyday on the N64 and has sputtered since. Seeing Banjo on a Nintendo console again would be a dream come true. 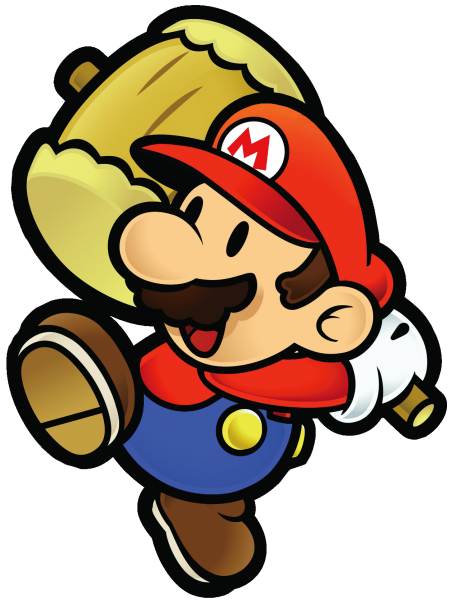 Okay so much like Crash i thought this character would be impossible with Dr. Mario being a clone of the real Mario, having three separate versions of Mario seemed excessive. But, with the reinvention of Mario because of the addition of Cappy, there is a case for three legitimately unique playable Mario characters. With Paper Mario being the most unique. He can use his hammer, summon his partners from various games to help him in battle with their different techniques. It can be an awesome shoutout to a truly unique entry in the Mario universe that doesn’t get nearly the credit it deserves. 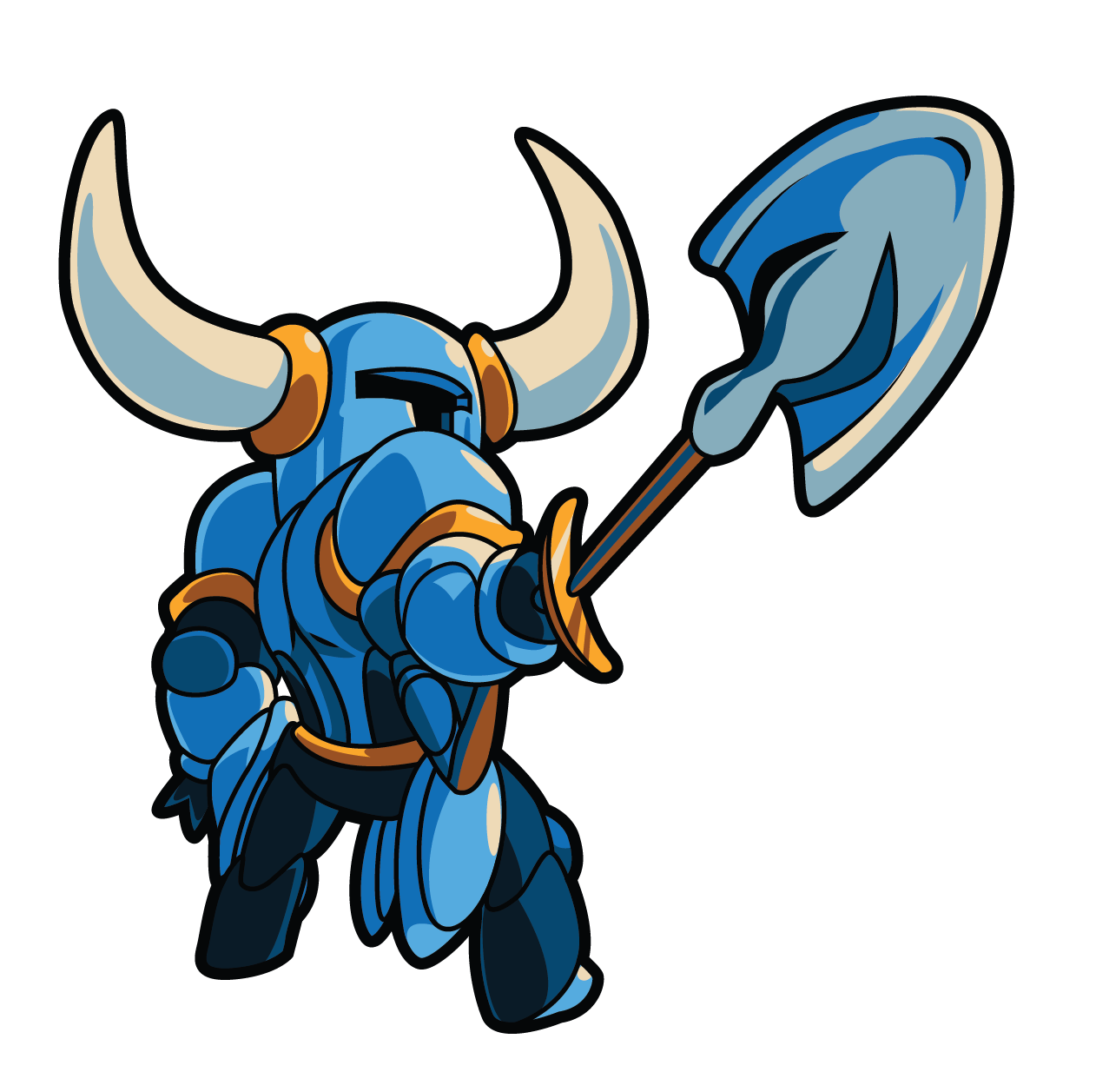 Shovel Knight is on the level that Splatoon was before the splatoon kids were announced in the direct. This guy is a matter of if and not when. Nintendo has a great relationship with indies and Yacht Club games specifically with the newest DLC for Shovel Knight (King of Cards) releasing exclusively on Switch for the first couple months. The moveset is there, the significance is there. He has the look and feel of a Nintendo character his moveset could be shovel focused and be a close combat fighter. I tried to keep the list to 3 max third party characters, however i had to make an exception for Shovel Knight, as he is in a different category than either Banjo or Crash. He is indie a new scene that Nintendo has embraced, and Yooka-Laylee showed that Shovel Knight looks great in 3D. He deserves it, we just need the announcement soon.