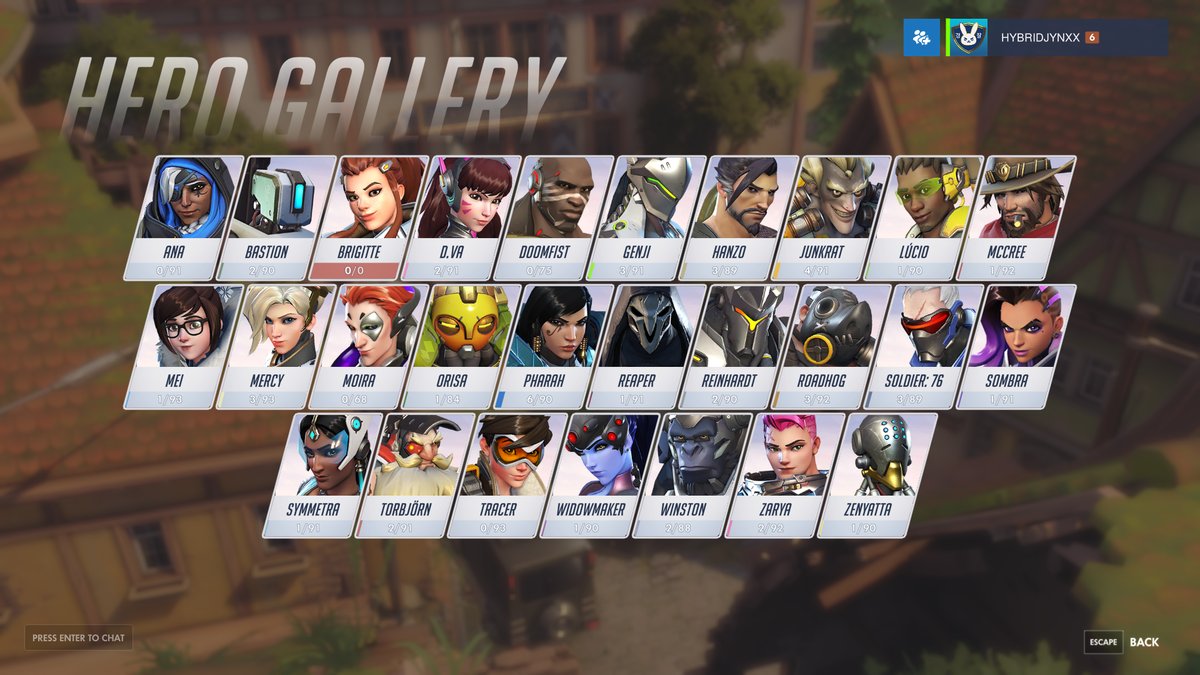 It Obviously won’t be a healer, so what comes next?

With the Brigita meta in full effect dominating competitive and even beginning to show up in the pro-scene, it is safe to say that Brigitte Lindholm has found her place in the Overwatch world. The only issue is that she has been out so long that her hype is beginning to die down. Not only because she has been out for a few months now so everyone has gotten pretty familiar with her. But also because it is the summer and we are almost ready to get our first look at the next hero to be added to the overwatch roster. The past couple heroes have been hinted at not long before their release, with some even being shown in other character’s reveal trailers (Moira). That leaves us to speculate, what will the next hero bring Lore wise and in game with their mechanics.

Many of the heroes released recently have very distinctive affiliations and are very much on one side or the other. Personally it would be nice to see someone more morally ambiguous, someone like a Sombra or Catwoman from batman would be nice to break up the monotony of always seeing a stark hero (Brigitte, Orisa, Ana) or an obvious villain, (Doomfist, Moira). Someone independent who could be influenced or still have enough of an opinion to choose which side to work for would make for an interesting story dynamic and could potentially be a great driving point for future storylines.

However, there is one glaring position missing in the talon organization that has been hinted at but no real leads have been shown. With the last two heroes being healers the chances of another support being added is minimal. The changing of symmetra provides a refresh on the defense category that hasn’t been seen since the game has been released.

This leaves DPS and Tanks. And with the outgoing dive meta proving that there is an abundance of DPS characters in the game, the most logical choice is a tank. We have been introduced to a pretty big guy… Antonio. Sure, he is technically dead in the overwatch cannon, but this does not mean it is impossible to bring him back. Ana Soldier, Genji, Reaper, and plenty others have been thought to be dead or on the brink of death. Why not take the last step and fully resurrect a character from the dead, it could be good justification for taking some liberties with the given character and making them a tank to fit the needs of the game, out of the options we have been given by blizzard, this one seems the most likely.

Another possible character choice, although not as likely to be hero 28 is maximillion. He is another high ranking talon official yet to be discussed in depth in the overwatch world. We know they are a major player in talon however what exactly it is they do is still a mystery. Their job could set them up to be a transformative off-tank or someone that wears a suit to bulk themselves up to withstand damage. Their omnic body could serve as a breeding ground for “upgrades” like bastion in order to meet the different needs of battle, a speed, protection, and damage option would be nice for a new hero concept.

The way the new hero plays must fix some of the major issues we have in the game today. First and foremost the crowd control issue needs some sort of dilution. There is an overabundance of stuns and moves that are fun to play with but horrible to play against. A difficult yet creative solution to this would be to give more anti-cc to hero 28. Something similar to Zarya’s bubbles where they cancel the effects around you, just without the damage mitigation. For example, if the new hero were to use their ability on a Mcree that has been earth shattered, the Mcree is no longer affected by the ultimate but they have still taken the damage. The same thing goes for the character itself too. It would be nice to lure a brigitte into shield bashing and then immediately recovering and swarming to take her down. Plays like these would take great coordination but could be not only extremely helpful, but a lot of fun at no cost to the other players, it only cancels a movement effect. With no items and no support other than your teammates to help you against the overwhelming amount of Crowd Control in the game, it is too easy to chain a bunch of Crowd Control together and make life miserable and slow for the other team. The ultimate could be something close to Zenyatta where they are invulnerable but do a constant amount of damage and anti-CC within a certain area.

The next hero, whoever they may be has some huge shoes to fill after the resounding successes of Moira and Brigitte they have set a good groundwork for a new hero to step in and balance the game in an inventive new way that could be a great way to reign in all of the crowd control given out to characters recently and not have to rework the entire cast to balance out how much CC there really is. Overwatch is extremely balanced in the state it is, no one character is overpowered or underpowered by too much or too little. This character has a very delicate balance to ride, Blizzard has built up a lot of good faith recently though, and the general perception is that they are going to nail it like they do everything else. Let’s just hope this launch goes better than some of the others.