With the announcement and subsequent release of Wrecking Ball, or Hammond, to the PTR the Overwatch community has gone nuts over this new tank hero that is going to switch up the meta. Hammond is a highly mobile tank hero, with machine-gun-esque aspects, his kit is bizarre to say the least. Although in the right hands he is a high risk-high reward hero, making the tank depth pool a lot deeper.

The release of Hammond is one that has been met with a lot of different opinions. The hero concept is wildly absurd, but it is fun at the same time. I think it is no less a suspense of the imagination than Winston, the talking gorilla. The concept is new and will take some getting used to of course, however, it is done well and deserves a little more respect than it has been getting recently. His backstory sets him up as another independent character in the world, separate from Talon and Overwatch, much like Lucio, Symmetra, D.Va, etc.  It is interesting to see where he will fit in this world, it will be exciting to see new lore tidbits containing him interacting with the world in some way.

As for how he actually plays in game, he is a wild time. Playing from personal experience Hammond earns the 3 star rating that he is given. His guns do adequate damage, however, the real power comes in the combos with his moves. Being able to swing in and do damage and drop people in the air will be a great dive move to initiate a team fight. The shields are ridiculously overpowered and I am sure they will be drawn back in before release. Currently Hammond can have over 1,000 combined health if done right, which of course will be extremely hard to pull off, however, when done right, this hero can win a team fight by himself. His ultimate is by far the best part of his kit. The minefield does amazing damage and provides great zoning opportunities. As of right now it is unclear whether or not his mines can go through Symmetra’s teleporter, however it is probably safe to assume that it will not be able to.

Hammond brings a new dive tank to a meta that has become increasingly deathball oriented. It also looked like it was going to be an even stronger deathball focus with the new Symmetra. However, with the new hero being able to teleport a literal wrecking ball might be the focus if we see Symmetra, as her new kit is proving to be more viable in more situations, the community is still relearning the hero however. Without Hammond being on the live server, however, it will be hard to tell just where he fits and how much he might change about the game. He may release like Ana, where people take a while to make him extremely effective, or he could be like Sombra, a character who still hasn’t been out of the cellar of playtime since she launched. 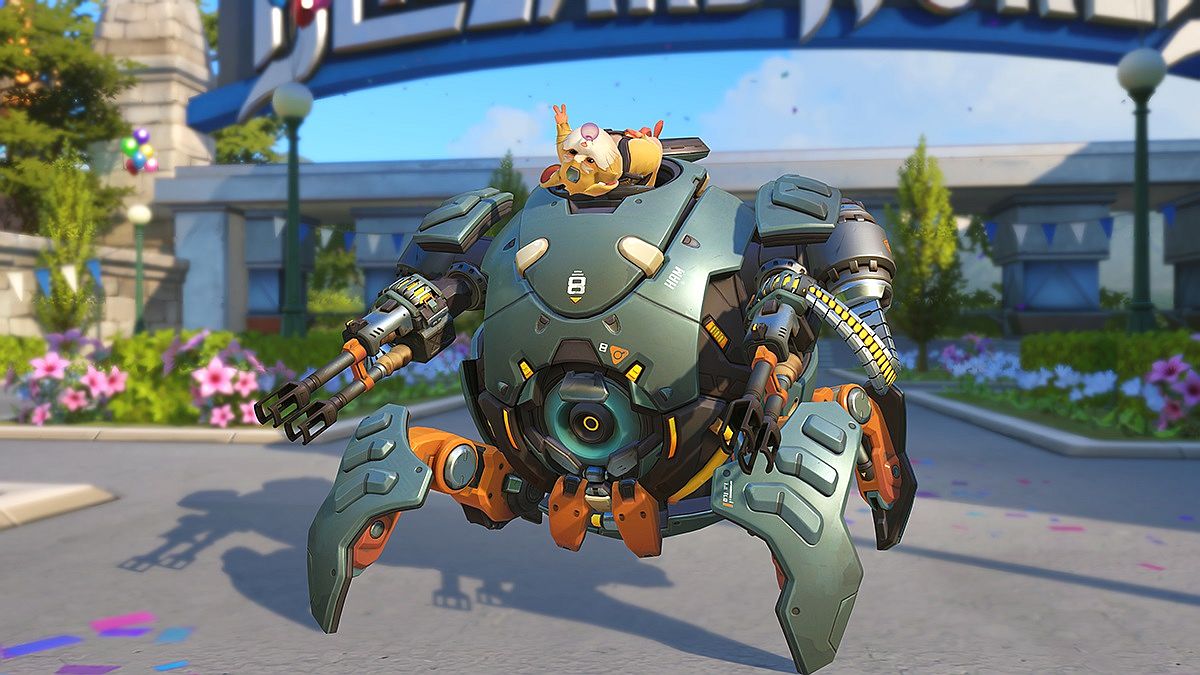 Hammond is an extremely exciting character in the universe that is going to bring a whole new perspective to the game and how people play it. The last few characters released set up some story progression very well, and getting a new cinematic with any of the characters released recently would be exciting to see. (Minus Brigita potentially, she was featured in one before her release.)  The only thing we need now is the summer games to come out and we will have the majority of the new content to come out for the next couple weeks. Hopefully we get a new summer game to go with Lucioball, featuring Hammond hopefully!