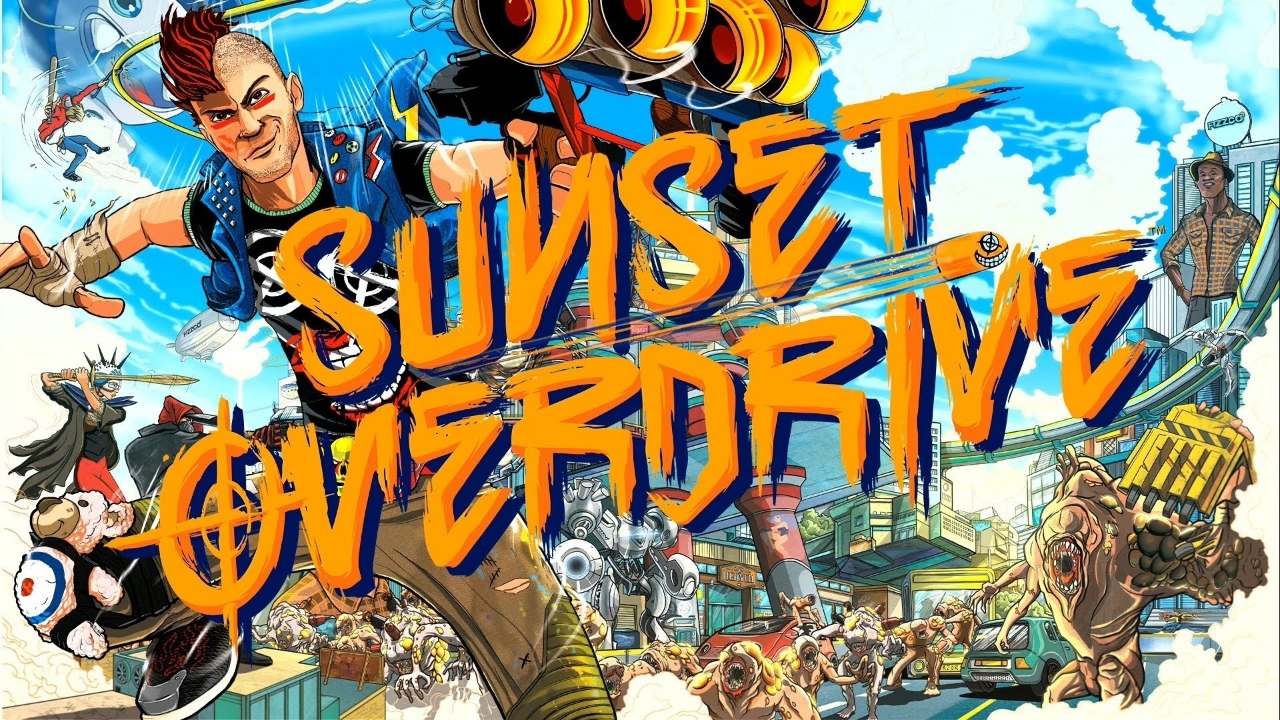 Sunset Overdrive is one of the rare games in existence that is so hard to compare to any other game. This is more than likely why the game performed so poorly upon release in 2014. A game like this is incredibly difficult to market because of just how different it is compared to the rest of the market. So, needless to say, I completely missed out on this game upon its initial release. Stepping into this game was a completely new experience that had fresh gameplay throughout that encourages mastery.

I picked up Sunset Overdrive on Xbox gamepass recently and decided to finally give it a shot after four long years. I came in with no expectations having not heard anything before hand and just starting the game on a whim. I can say that this game was a pleasant surprise because of just how different this game chooses to look at the normal tropes in games. Not only providing fulfilling, fast-paced combat on top of witty writing and a surprisingly solid story for how it looked when it released.

The story of the game was the most surprising as much of the advertisements chose to focus more on the gameplay and satirical nature of the game rather than the endearing story to be had. It doesn’t break the mold in any way, but the story that it does tell does a great job of providing us with likable characters that all interact in their own way. The game provides different factions of people surviving in the resistance from spoiled rich kids to ninja nurses. All of the factions have some purpose to serve and offers up a few endearing characters that stand out in the crowd of general stereotypes. Even the main character has a a compelling arc, going through his own maturation process while becoming the savior of the city.

The combat in this game is tight and thrilling, offering up a whole host of options between grinding, wall riding, bouncing, almost anything you can imagine. This game emphasizes the idea of “The floor is hot lava” as walking around is seen as “Uncool” and will cause you to lose any combos you may have gotten to at that point. It is a touchy system at times and can feel a little punishing for players not used to the game at first, but with an emphasis on exploration and traversing many different ways learning what to do to avoid touvhing the ground becomes a breeze. The weapons in the game are also especially fun, bringing the classic Insomniac flair to their weapons, there are crazy options like a teddy bear grenade launcher, a record disc launcher, even a gun that shoots off fireworks that aims much better than you would imagine. Fighting always feels fresh and there is just enough enemy variety to make the player think in different was and encourages using many weapons to get the job done, which really plays into its favor.

The humor is where the heart of this game lies, however. This game is perfectly witty and was not afraid to pull any punches. There were multiple 4th wall breaks containing solid direct address humor, cutting straight to the audience to get the point across. It rides a fine line sometimes but it never quite gets into too much territory where it became too satirical. It finds a nice blend of sincerity and humor that is genuinely refreshing in an era of melodramatic, super serious games. This is a light game with a fun story to tell. It is the modern day equivalent to a Mario game. Many of the plot points are predicatable enough that it wasn’t like I was caught off-guard by anything. But it was solid enough to support the humor of the game.

Some things seemed a bit excessive. The collecting having a real purpose is extremely cool, however as someone who is not a completionist at all, I found it pointless to have them included in the game if they were going to be locked behind collectibles. It is perfectly doable to not make any more than the required amount and win the game, so it isn’t a huge deal at the end of the day.

Overall the game was a very impressive first showing for a brand new IP on this generation. I genuinely hope that we continue to see more from this universe, and they set it up for more stories to come. There have multiple DLC releases since launch that are both well made. Don’t sleep on Sunset Overdrive, this game is criminally underrated and honestly deserves more praise than it gets. But most importantly what do you think? Did you play Sunset Overdrive? Do you want to? Let me know in the comments below!