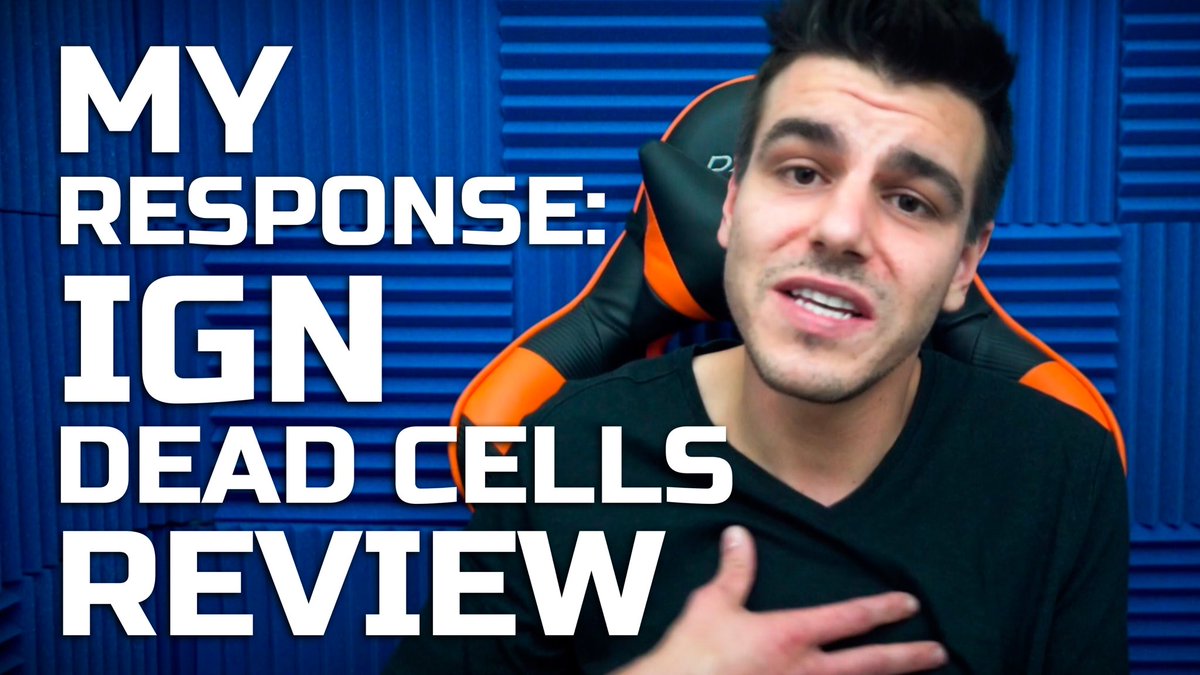 Last week it was discovered that Filip Miucin, a former editor at IGN had plagiarized an article reviewing the game Dead Cells. This has set off a firestorm of controversy regarding theft, imposing power onto a smaller source, and a blatant disregard for the well being of other people. While I could write an entire article about Filip and how I personally feel about him, I don’t believe that there is much more that can be said about him that doesn’t cross the line, even though many people have gone to that extreme, I find no use in doing this. The damage is done, he no longer works for IGN, and his career as a reporter is done. What I want to talk about in this article is the implications around plagiarism and what exactly it means, especially in a case like this.

To talk about everything that happened first we need to know what happened. Boomstick gaming published a video talking about a new game entitled Dead Cells. This is a metroidvania style game that from all accounts is excellent. The important part to know here though, is that Boomstick released a review of the game nearly 2 weeks prior to Filip’s review. Filip published an article on IGN and labeled it his review, This review was strikingly similar to Boomstick’s, which he pointed out in the video above. Almost nothing was changed except for some slight wording modifications and some sentence structure. Comparing the two scripts they are almost identical. This caused a major backlash to IGN and subsequently IGN firing Filip almost immediately. IGN issued a statement apologizing and giving credit to Boomstick for the work that he had put into the review. Boomstick also handled the whole situation gracefully, instead of being angry and bitter about the situation, he understands that it was one writer that did this and not the entire company. Filip seems to be the only person who does not understand the ramifications of what he did.

A few days after being fired Filip posted a video on YouTube apologizing for his actions to IGN and Motion Twin, the studio that made Dead Cells. However, ironically enough, Filip chose not to apologize to Boomstick. Instead of acknowledging what he did, he basically tells Boomstick to keep doing what he’s doing. He gives no explanation the the circumstances of the situation surrounding him, and goes on to attack a Kotaku writer for finding more work that had been plagiarized. The one defensible point made in this sorry excuse for an apology was the fact that people had been finding out and harassing certain members of his family for his actions. And, while straight up stealing is wrong, that is no justification for behavior on that level. It is also important to note that Filip had been called out by former coworkers that he monetized his video to gain a profit off of this controversy, knowing that he obviously will never get that many views on a video again.

IGN doesn't need to support someone who affected their brand, the people who work for them. Plagiarism is not something that can be easily forgiven in the journalism world.

Filip has support from friends and family https://t.co/Q0AZEMCeaF

While I did say that I didn’t want to pile on the hate Filip train, I do want to express my sincere belief (a biased one) that Filip is straight up a shit person. He had abused his power at the biggest video game news outlet in the world, with potentially more help and support around him than many other people making reviews. This is why seeing him be so abrasive and combative towards other outlets reporting on him feels like such a hard pill to swallow. It feels like a wasted chance and a dumb “mistake” to make in your first solo piece for the site. I am extremely envious of him and am well aware that I am bitter that from my viewpoint, he had an opportunity that I may never get. So seeing him refuse to acknowledge what he has done makes me upset, not just as a person but as a writer, not a major one, of course, but still a writer nonetheless. I put a lot of heart and soul into my work, as do many, many other people on the internet, and seeing someone blatantly refuse to accept responsibility for what he did makes my blood boil.

I can't believe you're actually suggesting that you didn't plagiarise my FIFA 18 review for Nintendo Life, and claiming that plagiarising the Dead Cells review "wasn't intentional". You have completely failed to accept and understand what you've done.

Plagiarism is not an accident, it is a choice. When writing about video games, and especially the same video game, there are a lot of phrases and words that will be repeated through different reviews, this is just the typical jargon a person would hear with anything being talked about. However, this case in particular takes it to another level and barely makes any effort to provide an individual and self-made opinion. Filip mentioned that he studies other reviews before posting his, and that is just wrong. As a reviewer I prefer to go in with fresh eyes, choosing to hope that I find something different than the rest of the reviews that sets mine apart, I would never read different opinions on a game I have to judge, because then those opinions simply aren’t mine anymore, they’re the opinions of who I got the information from. I have even stopped talking to some friends about a game I am playing to review because I don’t want their opinion to bleed into mine.

What I am trying to say with this whole article, is that seeing someone with power, abuse it to gain success at the cost of someone else just does not sit right with me. I don’t wish ill on Filip, and I wish nothing but success on his family. However, I am glad to see things work out the way that they have. Boomstick’s channel has sextupled in subscribers since the controversy happened, and Filip’s journalistic voice will never be trusted again. IGN handled the whole thing spectacularly and I have nothing but praise for them in this situation. The most important point I can possibly convey in this article can be boiled down to one word, honesty. Please, keep the media honest, whether it be IGN, Kotaku, or even here on BYOG. Please keep the writers that you respect honest. Especially me, never be afraid to call out something that seems dishonest in my writing, I do my best to be the best damn journalist I can be but that in no way means that I am perfect. Please reader, keep me honest, call me out on my bullshit every single time, it is how I get better as a writer and how the world can keep moving forward. If you have made it this far, thank you for your time. This was an article I wanted to think about writing before actually writing it, making sure I didn’t have too hot of a head before getting too deep. Thank you again, for keeping the media honest, and for keeping me honest.