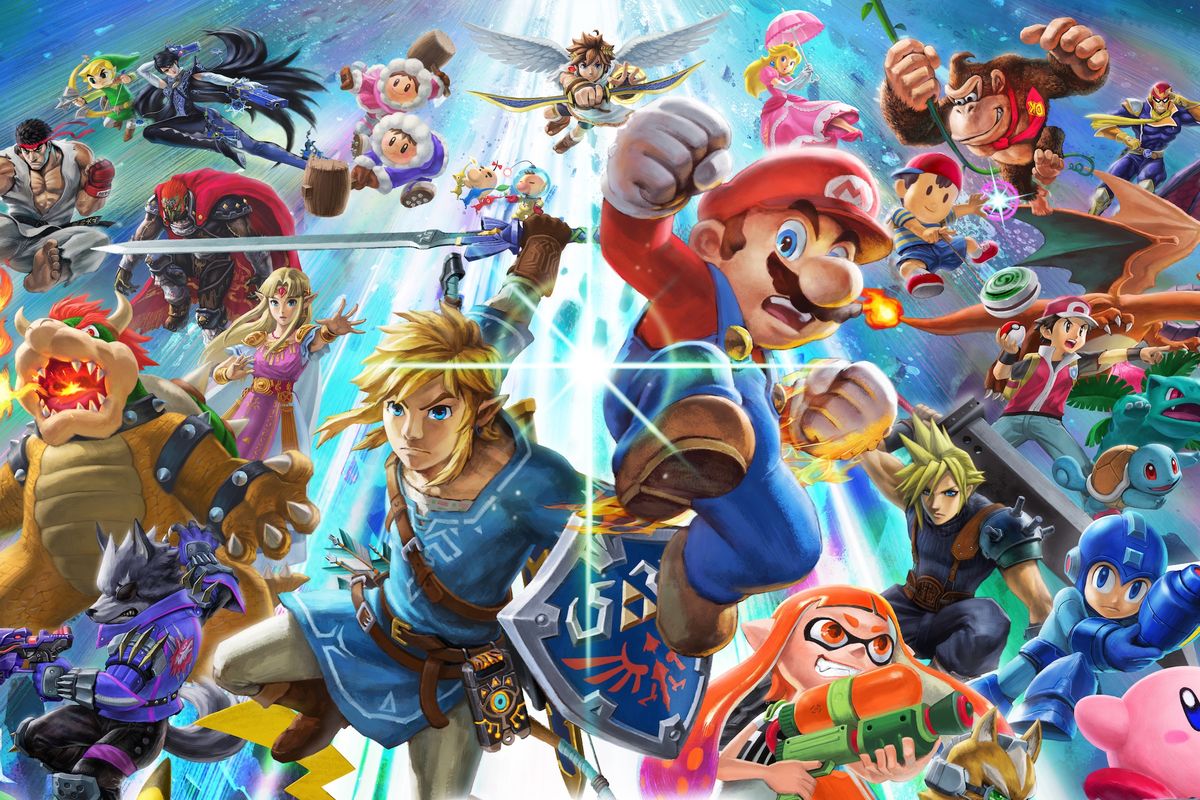 Super Smash Brothers Ultimate lives up to its name of being the definitive Super Smash Brothers game. Every character, every stage, (except Pokefloats) everything feels like it is back and better than ever in this newest iteration of of of Nintendo’s biggest franchises. While feeling familiar, this version also feels very new at the same time. For players who have been loyal to the series since the beginning, there isn’t that much new here. Almost the entire roster is is composed of veterans, and almost every single stage has appeared in another Smash game at some point. Yet somehow it doesn’t seem to matter? This game has almost everything a fan of the series could ask for, of course there are wishes that may never come true, such as Geno being included as a playable fighter, but this game needs to be evaluated on what it offers and not what I wish it could be.

What the game offers is the deepest history of total video game lore that we have. Not only are the fighters diverse and representative of standout Nintendo series, but also other major landmarks in video game history as well. Sonic the Hedgehog, Cloud, and Ryu are all characters that have at best, no history with Nintendo and yet they are still just as much a part of the roster and just as beloved as Mario, Link, and Pikachu. With over 70 playable characters, and more being added through DLC everyone can have their picks of favorite characters and never have to worry about getting bored with the game. As a lifelong fan of the series it is really great to be able to play with Wolf, Ice Climbers, Pichu, and other characters that have been cut but then switch to brand new characters like Daisy, Inkling, and Richter. Everyone is here, and while some of my favorite characters have all been represented with a spirit, I can’t complain because the sheer amount of characters package with this game is eye popping.

While the characters are impressive, the stages and music top the selection of characters, with over 100 traditional stages and over 1000 songs there is enough content here to last for a very long time. The options that accompany these stages and tracks fit perfectly together, allowing the game to be thought of in a whole new light. The menuing is silky smooth and makes it so easy to get into the game you want as quickly as possible. With the inclusion of a ruleset selection shaves so much time compared to going back and changing the ruleset every single time you come back. Every aspect was given such love and care that the smartest changes were made and it just makes sense.

That being said, not everything in this game is as standout as what I had previously mentioned. The adventure mode, while huge and is as lengthy as promised, still feels lackluster. The cutscenes were high quality but by far the best cinematic of the game was the one shown to the public before launch. The adventure mode also does some things very well, the end in particular is what really made my 20 hour journey through the realms of light and dark worth it. The spirit board is not for me, there is definitely some merit in it, and it is an enjoyable mode for what it is, but it just doesn’t hit home for me. It feels more frustrating and unrewarding than not, which is the opposite of how a video game should play. Overall the spirits mode is a fun singleplayer experience for those who aren’t driven by the competitive nature of the game. Being able to essentially battle limitless quirky battles is respectable, and it is very well made if that is what you are into, unfortunately however, its nice but there’s nothing in the mode that really does it just right. There isn’t the sense of satisfaction that you have in other modes.

Online is also horrendous. The preferred rulesets are nice enough but when you are thrown into a completely unexpected match that doesn’t match your rulesets, it’s just not fun. For example, I was playing a character I had very low Global Smash Power (GSP for short) with and I was matched up with someone who had not touched the preferred rules and I ended up with the complete opposite type of game than I wanted. And, while once is forgivable, especially at a low GSP, it happened again.I tried to leave the match and play a different opponent, only I matched up with the same person and we used their rulesets again and it was on by far the worst stage, Pac-Land. It was absolutely miserable and even though I lost, I still felt like I won because the game was over. It also is upsetting that something so integral to getting to the elite level, your GSP, feels out of your control when the ruleset can vary so wildly. There have been updates to help solve some of the problems, but there is a very long way to go before this service can be labled passable. When the game gets it right, it works great, small changes to rulesets I don’t mind, and the lag can be a real issue when someone has a spotty connection. Overall the negatives outweigh the positives, which is really unfortunate.

Despite all the negative this is still a fantastic game and there is a reason why this game was recognized as one of Bring Your Own Games Top Games of 2018. The look and feel of the game not only tops every other Smash game to date but also sets a new precedent for fighting games and how much we get from them. This is decades of work culminating into one project that nails almost everything it tries. Spirits mode and Online seriously hurt the replayablitiy going forward, but with patches and a team dedicated to ironing out all the bugs I have solid faith that at least the gripes over online matchmaking will get fixed.

Is Super Smash Brothers Ultimate worth the hype? How bad did the challenger unlocks kick your butt? They definetly kicked my butt pretty hard. Let me know in the comments down below and don’t forget to subscribe for more Bring Your Own Games