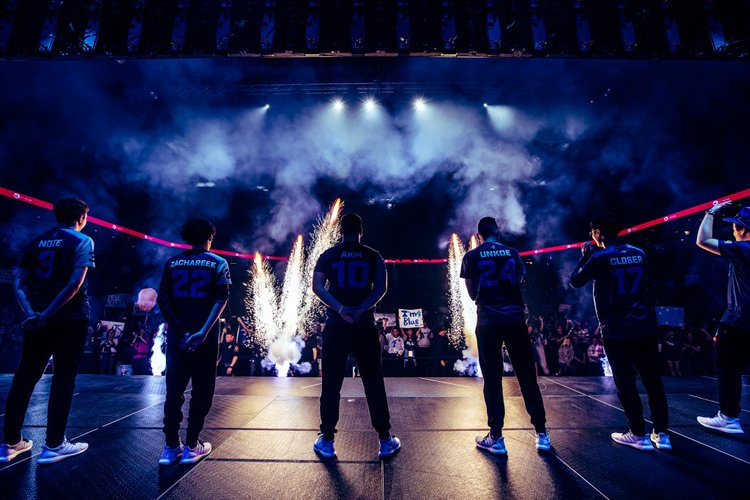 The first official home games in the Overwatch League’s history have wrapped up and it was quite the eventful weekend, and while only less than half of the teams participated throughout the weekend it still provided some really interesting games. Because only 8 teams played this week there will be no power rankings this week. But, that doesn’t mean that there still isn’t plenty to talk about from this weekend.

Saturday provided a solid day of games that, while entertaining, the results were predictable. Many of the teams considered the better teams won their matches in convincing style, with the closest match of the day being a 3-1 win for the Hangzhou Spark over the Chengdu Hunters. The most entertaining part of the day may have been the power outage that happened in the first match between Paris and London. The memes and jokes made flew throughout the day throughout all of the other games.

Sunday, however, provided a much different batch of games. Every match felt incredibly close and tightly contested. There were multiple game 5s that really could have gone either way with a few plays back and forth. Even the games that didn’t look as close on the scoreboard are closer than they appear. The final match of the weekend between the Outlaws and the Fuel was electric from start to finish.

The crowd fueled all of the energy of the weekend. Watching the crowd boo Dallas’s opponents as they walked out on stage was a surreal transition from the games in Los Angeles. The only time anything is ever booed in that arena is when GOATs is played. Seeing Dallas accept the team and completely sell out the arena like that gives hope that this can happen in every city and the vision for next year just became very clear. If every city accepts their team like Dallas have the Fuel, next year could be the biggest year yet for the Overwatch League. Seeing the passion the fans had only adds to the growth of the league. Localization will do wonders for this particular Esport,

Overall this weekend was more of a showcase for the league as it is now. There wasn’t much movement in the standings, and while there were some surprises, many matches went the way that most people had pictured them going. But, the entertainment was at its highest and the final match between Dallas and Houston was one of the most fun matches in the league’s history, having such a passionate crowd be so into the match is such a fun thing to see, and honestly is something that has been lacking a little this season in Los Angeles. This weekend was like hitting the reset button and it reminded everyone what it means to really enjoy watching Overwatch.

The first ever homestand has proven to be a wild success. The matches were exciting, and while there were some bumps and bruises along the way, there was definitely so much more good taken away from this than bad. The future of the Overwatch league is brighter than ever, and the league looks like its only getting better form here.

Did you enjoy the first home games? What else would you like us to cover? Let us know in the comments down below! And Make sure to Like, Share, and Subscribe for more Bring Your Own Games.