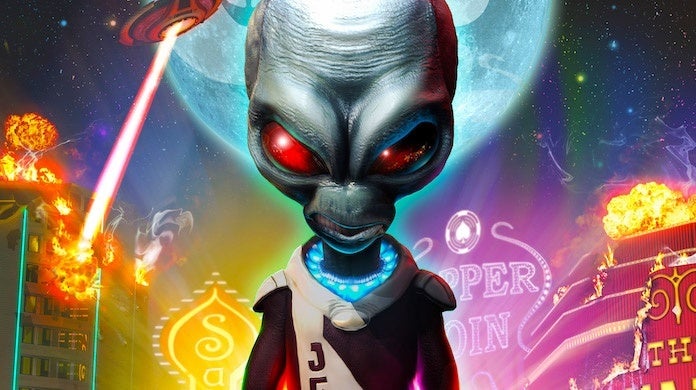 It’s been somewhat of a quiet week as a lot of developers have been saving their announcements for E3. Nonetheless though, there has been a fair amount of gaming news this week, particularly in the form of leaks of announcements that have been saved for E3 this year. Here are some things you might have missed. Warning: this post contains E3 2019 spoilers.

Destroy All Humans is getting a remake

It looks like players are going to be destroying humanity soon, as THQ Nordic themselves have announced that a Destroy All Humans remake is in the works and will be coming out in 2020. A funny trailer for the game was dropped alongside the announcement, which shows the alien Crypto hypnotizing a bunch of people before vaporizing them. The game is set to come out on Xbox One and PS4. You can check out the trailer in the link below.

A big E3 leak arrived on Friday, courtesy of Bandai Namco themselves. Information regarding E3 reveals was accidentally made public on their website for a short time and players were quick to spread said information before it was promptly taken down. Most notably of the games leaked was the rumored collaboration between FromSoftware and A Song of Ice and Fire author George R. R. Martin, which we now know is called Elden Ring. With Microsoft being the only console company to hold a press conference this year, it’s likely we will see this game on their stage this year. You can read more about it in the link below.

Aside from the Bandai Namco leak, another big E3 leak occurred on Friday, as the trailer for Ninja Theory’s new game, Bleeding Edge, was leaked. It looks like the new game from the studio that brought players the critically acclaimed Hellblade: Senua’s Sacrifice is going to be a 4v4 online multiplayer arena game where players will use melee weapons and various character types to try to defead enemy teams. While some may be upset that the game won’t be a story driven single player game like Hellblade was, it’s worth noting that this game has been in development for years, even before they were purchased by Microsoft. For those who don’t want to wait until the Microsoft conference tomorrow, you can check out the leaked trailer by clicking the link below.

The new Starcraft game been cancelled

According to a report from Jason Schreier of Kotaku, Blizzard has cancelled the next Starcraft game in an effort to focus more on Diablo 4 and Overwatch 2. Thankfully, no one was laid off as a result of the cancellation, but it’s still somewhat concerning that Blizzard has had to cancel a game just to have the resources to make these two new games. It may come as a surprise to some to see that an Overwatch sequel is in development as the first game still regularly receives content updates. According to Schreier, the new Overwatch is rumored to have a large PvE element to it, similar to Left 4 Dead. You can read more about the Starcraft cancellation in Jason Schreier’s article in the link below.